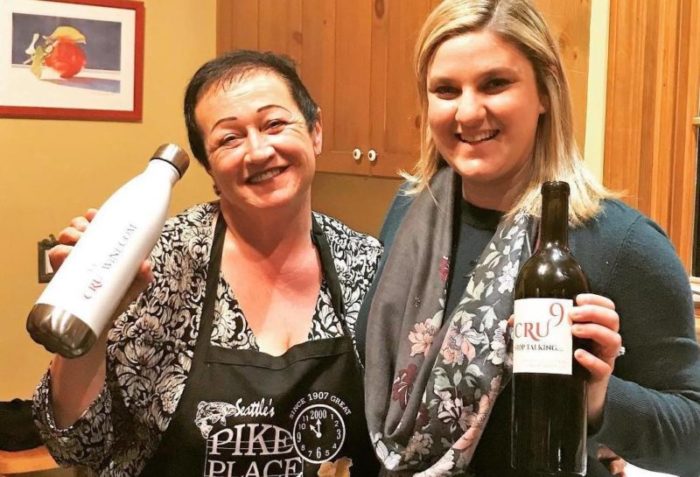 Vera R. Ciammetti is the unstoppable powerhouse and sheer force of nature behind one of our favorite shelters, Ruby’s Place. For over 20 years she has been a champion for those in need, helping victims of terrible adversity get back on their feet, and has never once shied away from a challenge.

Ruby’s Place is non-profit program in Hayward, California that provides shelter and services to victims of domestic abuse and human trafficking. Their motto: “Safe and stable families, one person at a time.” The program was established in 1972, and for almost 50 years it’s staff has worked hard to provide real tools and real help to those in need. In 2017 they even opened the very first shelter for male victims of human trafficking in the United States. They truly go above and beyond. And Vera has been a m

onumental asset since joining their team.

Vera was born to Italian Immigrant parents who came over to Ellis Island in 1955. As a first generation Italian American, Vera spent her childhood with her grandparents who eventually came to America and taught her fluent Italian, and the joys of cooking. (And boy, can she cook.)

From a young child, Vera knew she always wanted to do good in this world. She pursued that goal and went on to receive a degree in Human Services and Criminal Justice from Elmira College in New York. From there she spent the first 15 years of her career working as an Executive Director at an adult care facility, and in 1996 relocated to Los Angeles and immediately met with an opportunity to move to Malaysia to manage the building of the first elder care facility in a village called Shah Alam.

After her work there ended, she moved to the Bay Area in 2012 and focused on running non-profits, including Ruby’s Place, as their Executive Director. At the time, Ruby’s Place was simply known as the “Emergency Shelter Program” and was struggling with little funding. So Vera did what Vera does best. With an unending commitment to the agency, she rebranded the program with the name “Ruby’s Place” and successfully transformed a nearly bankrupt organization into a $2M agency within just a few years.

She says that Ruby’s Place is truly her perfect fit. She blends management, fundraising, and events with ease and believes every opportunity for a party is an opportunity to raise funds for Ruby’s Place. True to form, she stepped into the role of Development Director last year to raise funds and launch the Capital Campaign in order to rebuild the Shelter by 2022, the 50th Anniversary of Ruby’s Place.

Her first event, held on a beautiful day last summer in her backyard, included Faythe and our CRU9 team. She gave everyone who attended good food, great laughs, and the opportunity to give back, the way Vera always goes. Vera never hesitates to ask for donations, never passes up an opportunity to help the people who need it. No one can say no to her! And she wouldn’t have it any other way.

In addition to her commitment to serving the less fortunate, Vera began volunteering with various organizations including Slow Food San Francisco, an organization that believes good, healthy food should be available to all. Vera’s love of food attracted her to the program and their cause, and is a Board Member and their Treasurer. She embraced their values and began catering, teaching cooking classes, and cooking feasts for her friends.

Vera has devoted her life to helping those in need and creating a better world than the one she was born into. Thanks to her diligence, leadership, and advocacy, Ruby’s Place will continue to be a “gem of hope” for those escaping abuse, violence, and trafficking. All in all, Vera Ciammetti is an inspiration to us all, and one of the strongest women we’ve ever met.

Thank you Vera, for everything.

Every time you buy a CRU9 bottle, you also help people like Vera level the playing field for survivors of human trafficking, domestic abuse, and homelessness. Learn more about our Wine Club and how you can make a difference.