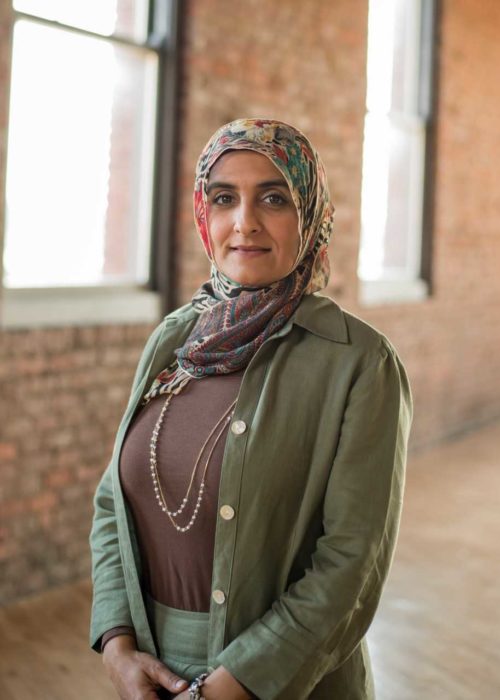 What is home? Perhaps it is a place where children experience peace, love, bravery and trust. Or, it’s the opportunity to host 40 friends for a traditional Pakistani dinner featuring nine main dishes.

Faryal’s visions of a safe and educated home are what drove her to take the biggest risk of her life.

Faryal was born and raised in Pakistan, to a father who valued education and a mother who feared for her daughter’s future. She grew up in a time and a place where financial stability meant an arranged marriage to an older man.

At 21 she married on rocky foundation. Soon after her wedding she discovered her husband, who claimed to be 31, was truthfully 10 years older. He was dishonest to the core, jealous and fearful of Faryal’s ambition.

During her early married years, she gave birth to three children who witnessed her husband’s manipulation and control. At his worst, he he had many women in his life and felt proud of it, even bringing them home.

Faryal’s freedom journey started the first time she believed she had a choice.

For years she convinced herself that the best future for her children was in preserving a marriage and life with their father. But she also saw the dangerous example he was creating and knew this destiny was not for them. Lead by her faith and enormous will, she made the choice to leave Pakistan for engineering school in Scotland and take the children. For the first time she showed her children what it really meant to be home, a place where she fostered peace, love, bravery and trust. This vision powered her through great uncertainty. When her husband demanded she return to Pakistan and emptied her bank accounts, she escaped with her children to America. There she acted boldly to ask for what she needed, a divorce and a job that would sponsor her stay.

Today, Faryal is a successful engineer and American citizen. Living with her family in the Midwest, she regularly treats her friends to homemade Pakistani meals.

Faryal wants to share these important lessons with women: What is inside you, your own thought process, is the only thing that is keeping you from conquering your fears.

The ability to change, get up and walk out – it all lies in YOU.

CRU9 celebrates the stories of powerful women who chose to rise up, just like our friend Faryal did. Every time you buy a CRU9 bottle, you also help level the playing field for survivors of human trafficking, domestic abuse, and homelessness. Learn more about our Wine Club and how you can make a difference.